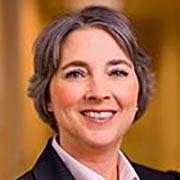 Jeanette M. Franzel was appointed by the Securities and Exchange Commission as a member of the Public Company Accounting Oversight Board in February 2012 and served until January 2018.

Prior to joining the PCAOB, Board Member Franzel served for almost 23 years at the Government Accountability Office, spending a decade in the Senior Executive Service. She ended her tenure at the GAO as a Managing Director overseeing all aspects of the organization's financial audit oversight of the U.S. federal government. In this capacity, she supervised audits of large, complex agencies with annual budgets in the hundreds of billions of dollars, as well as small programs and agencies with limited resources.

From 2008 through 2011, Board Member Franzel's team performed oversight of the U.S. government's efforts to help stabilize the financial markets and promote economic recovery. From 2003 to 2012, she oversaw the periodic updating and issuing of GAO's Government Auditing Standards ("The Yellow Book"), which is used throughout the world.

She also provided extensive policy and technical support to the International Organization of Supreme Audit Institutions, which develops auditing standards for national government audit offices around the world.

In 2011, Board Member Franzel received the GAO's Distinguished Service Award and the AICPA's Outstanding CPA in Government Award. In 2010, she received the International Achievement Award from the Association of Government Accountants.

Earlier, Board Member Franzel worked for three years at a small CPA firm. Prior to her career in accounting and auditing, she taught elementary school and high school in South America.

Recent Speeches and Statements by Former Board Member Franzel

All speeches and statements by Former Board Member Franzel