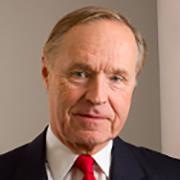 Lewis H. Ferguson was appointed by the Securities and Exchange Commission to be a member of the Public Company Accounting Oversight Board in January 2011, and reappointed in 2015, serving until January 2018.

In April 2015, he began a four-year term as chair of the Global Public Policy Committee Working Group of the International Forum of Independent Audit Regulators (IFIAR), an organization of audit oversight bodies that operate independently of the accounting profession. From April 2013 to April 2015 he served as chair of IFIAR, following a one-year term as vice chair.

From 2004 to 2007, Board Member Ferguson served as the first general counsel of the PCAOB. Before joining the PCAOB as a Board member, he was a partner in the law firm of Gibson Dunn & Crutcher LLP, where he focused on securities regulation, disclosure issues and corporate governance matters.

From 1979 to 1994, and from 1998 to 2004, Board Member Ferguson was a partner at the law firm of Williams & Connolly LLP, specializing in corporate transactions, securities enforcement matters and representation of audit committees and boards of directors. From 1994 to 1998, he was senior vice president, general counsel and director of Wright Medical Technology.

Board Member Ferguson also has been a director at several public and private companies, primarily in the medical device and technology areas. He was an adjunct professor of law at the Georgetown University Law School.

Recent Speeches and Statements by Board Member Ferguson

All speeches and statements by Board Member Ferguson