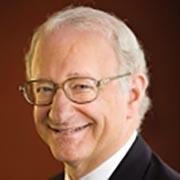 Steven B. Harris served two terms as a Board member of the Public Company Accounting Oversight Board. He was appointed by the Securities and Exchange Commission in June 2008 and reappointed in March 2013. He served until January 2018.

At the PCAOB, he accomplished his top priorities, which included modernizing the auditor’s reporting model, adopting important disclosure requirements to make the auditor more accountable to investors, and improving audit quality.

Before joining the PCAOB, Board Member Harris was the staff director and chief counsel of the U.S. Senate Banking, Housing, and Urban Affairs Committee under Chairman Paul S. Sarbanes.  He is widely credited with helping to craft the Sarbanes-Oxley Act of 2002 which President George W. Bush called “the most far-reaching reforms of American business practices since the time of Franklin Delano Roosevelt.”

Board member Harris served as staff director and chief counsel of the Banking Committee for more than 15 years. He also served as staff director and chief counsel to the Securities Subcommittee, as well as Counsel to the full committee. During his tenure with the committee, from 1981 to 2007, he worked on all legislation, investigations and oversight conducted by the committee, including modernization of the banking and securities laws, the savings and loan industry crisis, the 1987 stock market crash, investigations of the mutual fund industry, and interstate banking.

He was assistant general counsel for the Municipal Securities Rulemaking Board from 1977 to 1978, an attorney at the Legal Services Corporation from 1975 to 1977, and in the Office of the General Counsel at the Office of Economic Opportunity from 1973 to 1975 where he was honored for his Dedicated Service to the Disadvantaged of the Nation.  He began his career at Time, Inc., from 1969 to 1970.

In 2017, Board Member Harris was named by Accounting Today as a “Top 100 Most Influential People in Accounting.”

He is currently a member of the Board of Directors of The Washington Campus, a nonprofit educational organization.

Board Member Harris graduated with honors from Dartmouth College and earned an LL.B. from George Washington University.

Recent Speeches and Statements by Former Board Member Harris

All speeches and statements by Former Board Member Harris