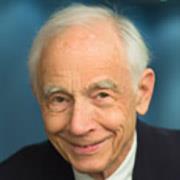 Bill Gradison was appointed by the Securities and Exchange Commission as a founding member of the Public Company Accounting Oversight Board, which was created by the Sarbanes-Oxley Act of 2002. He was unanimously reappointed to a full five-year term in August 2004, and served as Acting Chairman from December 2005 to July 2006.

Before joining the PCAOB, Mr. Gradison was senior public policy counselor with the Washington, D.C., law firm of Patton Boggs from 1999 to 2002. He previously served as president of the Health Insurance Association of America for six years.

Mr. Gradison held elective office for more than 30 years. Before being elected to the U.S. Congress from his hometown of Cincinnati, Ohio, he was a member of the Cincinnati City Council for 13 years, serving as Vice Mayor and Mayor.

During his 18 years in Congress, from 1975 to 1993, Mr. Gradison was the ranking member of the House Budget Committee and the Health Subcommittee of the Committee on Ways and Means.

Following a brief stint on the finance faculty of the Harvard Business School, Mr. Gradison began his career in public service in 1953, as Assistant to the Under Secretary of the Treasury in Washington, D.C.  He subsequently was Assistant to the Secretary of Health, Education and Welfare before returning to Cincinnati as a general partner of a New York Stock Exchange listed firm. He also served as Chairman of the Board of the Federal Home Loan Bank of Cincinnati.

Mr. Gradison received a B.A. from Yale University and an M.B.A. and a doctorate from the Harvard Business School.

Recent Speeches and Statements by Board Member Gradison

All speeches and statements by Board Member Gradison