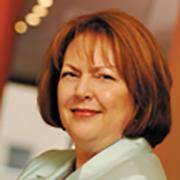 Kayla J. Gillan was appointed by the Securities and Exchange Commission as a founding member of the Public Company Accounting Oversight Board in October 2002 and reappointed in June 2006. She served until January 2008.

Prior to her appointment, she worked in the pension field for more than 16 years, specializing in trust, securities, governance, administrative, policy, and operational matters.

Board Member Gillan served for six years as general counsel at the California Public Employees' Retirement System and for 10 years in other positions, including deputy general counse​​l. She was a principal architect of CalPERS' corporate governance program, managed all aspects of the fund's legal services, and oversaw a staff of internal auditors. Board Member Gillan interacted with corporate boards and executives, as well as investment advisers and institutional investors, including pension, labor, and mutual funds.

Board Member Gillan​ is a frequent speaker and author on corporate governance issues and an active advocate for shareholder and investor interests.

Recent Speeches and Statements by Former Board Member Gillan

All speeches and statements by Former Board Member Gillan