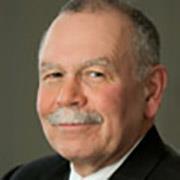 Daniel L. Goelzer was appointed by the Securities and Exchange Commission as a founding member of the Public Company Accounting Oversight Board in October 2002 and reappointed in July 2007. He was Acting Chairman of the PCAOB from August 2009 through January 2011. He served until March 2012.

In March 2011, Mr. Goelzer was elected Vice Chair of the International Forum of Independent Audit Regulators and served in that capacity until his departure from the Board. IFIAR is an organization of 40 national audit oversight bodies that operate independently of the accounting profession.

From 1990 until joining the Board, Mr. Goelzer was a partner in the Washington, D.C. office of the law firm of Baker & McKenzie. He practiced securities and corporate law, specializing in matters involving the SEC.

From 1969 to 1970, he worked as an auditor in the Milwaukee, Wisconsin, office of Deloitte & Touche.

Recent Speeches and Statements by Former Board Member Goelzer

All speeches and statements by Former Board Member Goelzer