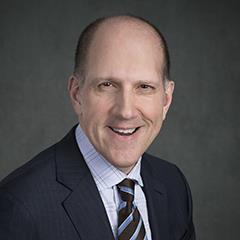 He joined the board after retiring from Exelon Corporation, where he served as corporate controller and in other financial roles for 15 years, following an 18 year career in the audit assurance business.

To advance the Board’s goal of driving improvement in audit quality, Acting Chairperson DesParte is engaged in strategic initiatives related to the PCAOB’s inspection program, firms’ systems of quality control, and emerging technologies.  He is also focused on enhancing the Board’s external engagement with stakeholders, particularly with audit committees and preparers. Acting Chairperson DesParte is involved with the Board’s international activities, including through serving as Chair of the International Forum of Independent Audit Regulators (IFIAR).

Before joining Exelon, he was a partner at Deloitte for nine months, after a long career at Arthur Andersen. He worked at Andersen from 1985 - 2002, rising to partner.

Acting Chairperson DesParte graduated with highest honors from the University of Illinois at Urbana-Champaign with a B.S. in accountancy. He previously served on the board and executive committee of the Civic Federation of Chicago; on the board, including as chair, for the Center on Halsted; and is currently on the governing board of the Chicago Symphony Orchestra.

All speeches and statements by Acting Chairperson DesParte