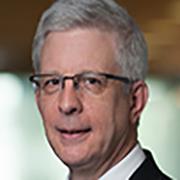 ​Jay D. Hanson was appointed to be a Board Member of the Public Company Accounting Oversight Board by the Securities and Exchange Commission in January 2011 and reappointed in March 2013. He served until December 2016.

Prior to joining the Board, Mr. Hanson spent nearly 32 years at McGladrey & Pullen, LLP. At the time of his appointment to the PCAOB, Mr. Hanson was the National Director of Accounting, overseeing the firm's accounting guidance and training practices, as well as leader of the firm's Accounting Standards Group.

Mr. Hanson is a certified public accountant licensed to practice in his home state of Minnesota. He graduated from Concordia College in Moorhead, Minnesota, with a B.A. in Business Administration, Accounting and Mathematics.

Recent Speeches and Statements by Former Board Member Hanson

All speeches and statements by Former Board Member Hanson