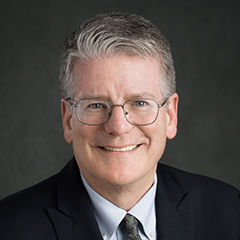 J. Robert Brown was appointed as a Board Member of the Public Company Accounting Oversight Board by the Securities and Exchange Commission in December 2017, sworn in on February 1, 2018, and served until January 2021. Since January 2019, Board Member Brown was also the chair of IFIAR’s Investor and Other Stakeholders Working Group.

Before joining the PCAOB, Board Member Brown was the Lawrence W. Treece Professor of Corporate Governance and Director of the Corporate and Commercial Law Program at the University of Denver Sturm College of Law. He taught corporate, securities and administrative law. During his time at the University, he authored numerous publications, including a textbook on corporate governance and a treatise on corporate disclosure.  Several of his articles have been cited by the U.S. Supreme Court, with one appearing in Basic v. Levinson, a leading case defining materiality under the federal securities laws.

Board Member Brown also advised a number of foreign governments on governance and other legal reform topics, served as an arbitrator for FINRA, drafted, as the lead author, a number of amicus briefs filed in the Supreme Court that addressed topics under the federal securities laws, and served as the Secretary to the SEC’s Investor Advisory Committee. He currently serves on the board of directors of the Colorado Coalition for the Homeless.

Board Member Brown has a BA from the College of William & Mary, a JD from the University of Maryland Law School, and a PhD in Government from Georgetown University. After receiving his JD degree, he clerked for the Honorable Frank M. Johnson, Jr., US Court of Appeals, 5th/11th Circuit.

Recent Speeches and Statements by Former Board Member Brown, Jr.

All speeches and statements by Former Board Member Brown, Jr.