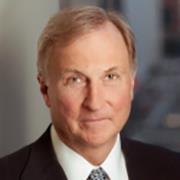 James R. Doty was appointed by the Securities and Exchange Commission as the Chairman of the Public Company Accounting Oversight Board in January 2011 and served until January 2018.

Under his leadership, the PCAOB adopted standards to increase audit quality and provide greater transparency into the audits of public companies and brokers and dealers. These standards and rules included: improving an auditor's evaluation of related party and significant unusual transactions; enhancing an auditor's communications with audit committees; establishing an interim inspection program for broker-dealer auditors; identifying the names of engagement partners as well as the other firms participating in an audit; and expanding the auditor's report to provide more relevant information, including critical audit matters and tenure.

Chairman Doty also led the Board's effort to improve PCAOB outreach to audit committees, who share the Board's interest in strengthening audit quality. He spearheaded the launch of a new communication initiative, the Audit Committee Dialogue.

Chairman Doty established the PCAOB Center for Economic Analysis, now merged into a new Office of Economic and Risk Analysis, to bring together creative minds and experts under the leadership of Luigi Zingales, University of Chicago professor of finance. The analysis and research is an investment in smart regulation to make PCAOB oversight programs more effective and efficient. Scholars working in the new office study the role and relevance of the audit in capital formation and investor protection, inform the Board's cost-benefit analysis of standard setting, and encourage greater economic research into auditing issues.

During Chairman Doty's tenure, the PCAOB expanded its cooperation with international counterparts, signing more than a dozen inspection agreements with foreign audit regulators. In 2013, after years of negotiation, the PCAOB entered into an enforcement cooperation agreement with China.

From 1990 to 1992, Chairman Doty served as general counsel of the SEC. Prior to and following his SEC service, he was a partner at the law firm of Baker Botts LLP, which he first joined in 1969. At Baker Botts, he practiced securities and corporate law and counseled boards of directors and audit committees on regulatory and compliance matters, including matters arising under the Sarbanes-Oxley Act of 2002. At Baker Botts, he also represented the PCAOB in its successful 2010 defense in Free Enterprise Fund v. PCAOB, a U.S. Supreme Court landmark challenge to the constitutionality of the PCAOB.

In 2011, Chairman Doty was presented with a Statesman Award by the Foreign Policy Association for his commitment to worldwide audit integrity.

All speeches and statements by Former Chairman Doty